I HOPE as you read this that you understand it's coming from the heart of a woman who is just so very much overwhelmed that God would love her as much as He does.  I'm absolutely no better than anybody else.  I don't think that He blesses me more, or listens to me more intently, or anything like that.  It's just so humbling to me that He loves me.....me of all people.  So, with that being said, I'm going to share with y'all what happened and also to document it for myself.....and maybe, just maybe one day my grand's might want to read what their Nannie wrote and that she truly tried to have a heart for Jesus.....
because she sure does love HIM!!!

Remember I shared with y'all about the Prayer Retreat at our church last Saturday?
(January 10, 2015)
Well, during the time of going off by ourselves to pray the Psalms.....
(actually, Pappy and I went into the Special Friends Room to pray together)
we read the Psalms and prayed out loud.
I had been struggling for several months about a relationship in my life with a lady who was always suffering from some kind of issue.  But, it seemed her drama was always with me because she would send me texts of the awesome time she was having with other friends as they treated her to dinners and clothing and tickets and money.  I had also noticed that money that was given to her for bills and to just live on was being spent on material things, like watches and hair highlights.  I had felt God throwing up red flags all over the place and just tried to ignore them telling myself that as a Christian friend, I should just endure, that she had to answer for those things, not me.  But, I was actually being used, even to the point where I was pretty much "obeying" her....meaning that if she asked it, I tried to do it, because if not, there would be attitude.  During our time of Pappy and I praying together, I literally asked God to remove this lady from my life.  Now, if you read the Psalms very closely, you realize that David prayed these same things, but that was a hard prayer for me to pray because with it came a feeling of guilt.  I prayed this about 11:00 a.m.  At around 2:00 p.m., I received a text and it was once again drama all over again, and her expecting me to do what she needed.  I was with Pappy at the time and he intervened.  You see, I'm a sucker for a sob story....and most people who know me realize that.....but Pappy helps keep me grounded.  He told me what I should text her back, and I told him she would get angry.  It  wasn't anything bad, just more blunt that she wanted to hear and sure enough.....what I told her wasn't what she had expected out of me, and she got mad. I couldn't help but realize that God had answered the prayer I had prayed about 3 hours earlier.  I still struggled with did I do the right thing.....being the people pleaser that I am.  Tuesday morning it seemed I just couldn't get sat down to do my devotions due to phone calls and texts and distractions....which I didn't mind at all, but my plans for the day got totally changed around.....by God, of course!!! I was determined to at least read a devotional and pray before I had to run an errand for Pappy.  And, oh, my word, that's when it happened!!!  It was all I could do to read the devotional without shouting. I had to immediately call Dawn, who had been praying for me and this situation and share it with her.....because God had spoke to her that morning, too, about something she's facing.  To make a very long story shorter.....here are some excerpts from the Journey Devotional for Tuesday, January 13, 2015.

"It took me several years to see the damaging effect that some of my unhealthy friendships were having on my attitude, my heart, and my overall quality of life.  If a friend was upset, I had to be upset as well.  As a friend, she expected me to be at her beck and call, ready to run to her side at the snap of her fingers.  I was in a friendship prison, completely at the mercy of her tumultuous emotions.  If you're a people pleaser, you tend to put the needs of others ahead of your own, even for trivial demands.  Unhealthy friendships aren't just exhausting, they can lead to your ruin.  In your desire to be a truly great friend to the people around you, evaluate those you are pouring that energy into.  While we are called to love all people, we must be careful to place genuine Christians closest to our hearts, people who will pour into us as much as we pour into them.  Those friends leave us refreshed, not exhausted."

Obviously I'm still a work in progress when it comes to TRUE friendship.....
and a lot of other things, too, but that's a story for another day.
He's definitely still working on me, as that little song goes!
But, I just can't get over how God works.
I know I shouldn't be surprised.....
but I love how He shocks me.
I know there's absolutely nobody else who could have ordained this to work out like it did......
except HIM!!! 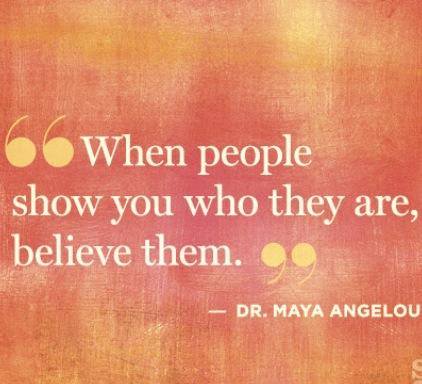 A (true) friend that is!

Proverbs 27:17
As iron sharpens iron,    so a friend sharpens a friend.

What a "real" friendship should be all about.....
friends helping one another.....
not one doing all the taking and the other all the giving!!!