As most of you know, we have four grand-kiddos.  Because of privacy reasons, I'm not allowed to share their pictures on my blog, but suffice it to say they are ADORABLE!!! When the first two boys were born, I spent quite a bit of time making things for them.  They both got white crocheted blankets and hand-made stuffed animals.  They each got a little owlie pillow and several crocheted hats. For a few years, we thought that those two boys would be our only grand kiddos, but God had a different plan.  Our daughter and son-in-law felt the call to adopt and to make a long story short, our kids spent 5 weeks in Uganda finalizing the adoption of our granddaughter.  Not long after they returned home from Africa in January 2013, they again felt God calling them to adopt and our fourth grandson was born in July of that year.

So.....
with getting two more grandchildren in such a short amount of time, Nannie got behind in equaling out the things I'd made for older boys and I'm just now getting caught up.  I thought I'd share with y'all what I recently made for our girl and "baby" boy.

As with the other three, I made the baby a little owlie pillow.  His was a western theme. 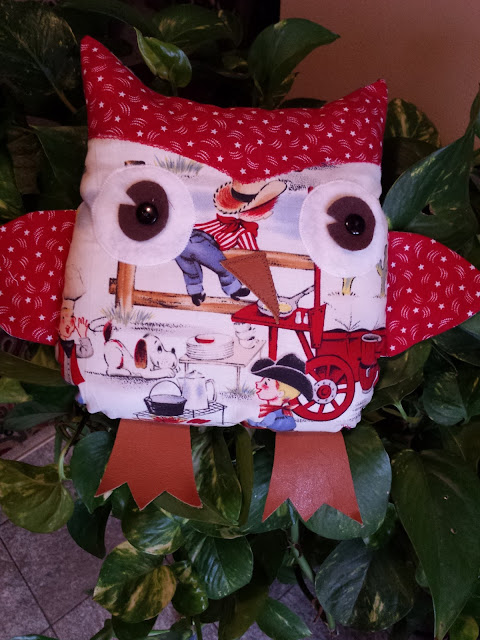 The backs of each of the owls for all four grands were made from an old flannel shirt that belonged to my Daddy and the feet and beaks from a leather jacket I bought for Pappy when we were dating. 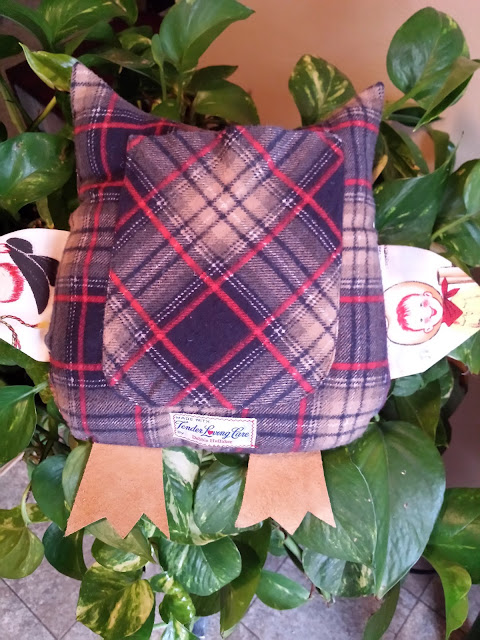 And, here's Katy Kitty that I made for our sweet grand girl..... 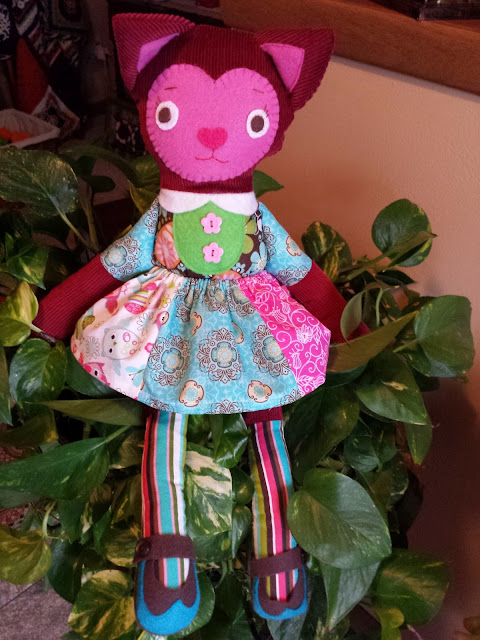 (the pattern for Katy Kitty can be found here)

I've had this pattern for a couple of years and even had the cat cut out (I don't think the pattern cost that much when I first purchased it)  but just couldn't bring myself to make it because of having to embroider the face, something I'm not good at so it intimidated me.  Did you notice that part of her little skirt is owlie fabric?  I just couldn't resist and she had to have my "signature", right?

Now I'm caught up and ready for more grand kiddos.  Well, a Nannie can dream, can't she?

What has your hand been finding to do lately? 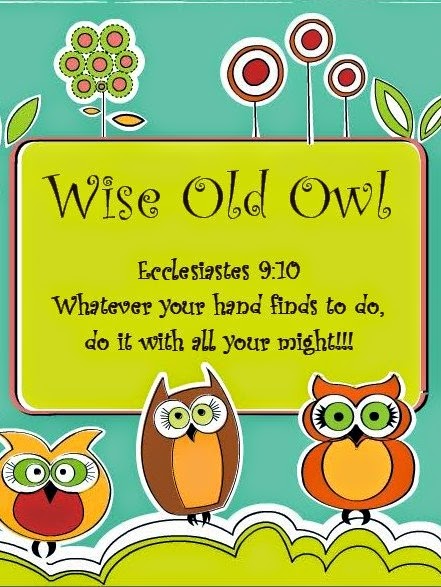