I stepped onto the porch Saturday morning and saw what appeared to be a leaf laying there.
As I looked a bit closer,
I realized it wasn't a leaf at all, but a moth.
When I touched a wing, it opened up into this...... 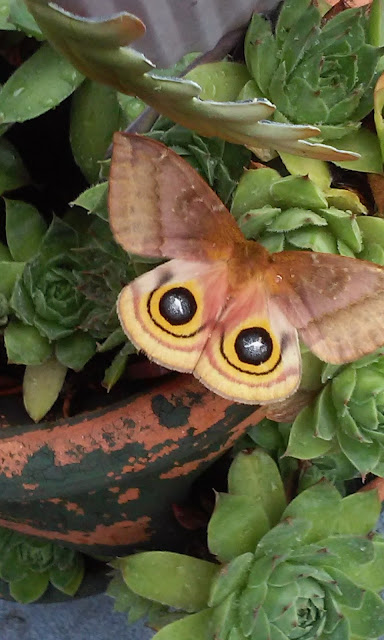 I ever so gently lifted it and placed it on these hens and chickens so that we wouldn't step on it as we went up and down the steps.

This little "life lesson" taught me that things aren't always what they seem.
What at first seemed to be a brown leaf, turned into something much more beautiful.

Of course, this could go both ways, right?

We should also be on guard for those who really aren't who they say they are!

Matthew 7:15
Watch out for false prophets.
They come to you in sheep’s clothing,
but inwardly they are ferocious wolves.