The first day of October.
Already?
Mercy, where has this year gone?

What better way to start off October than with a recipe using pumpkin and spice?

I went to my Mom's earlier this week and she gave me a Duncan Hines Spice Cake mix, saying she had no idea why she bought it and thought I might use it. Right after that I saw a recipe on Pinterest for easy peasy cookies made from a spice cake mix, a can of pumpkin and optional chocolate chips.  I didn't want chocolate chips (imagine me not wanting chocolate), but decided I would use a cup of Nestle Toll House Pumpkin Spice morsels instead.  In only part of the cookies I used  raisins, since Pappy isn't a fan of them.

These turned out absolutely DELICIOUS!!!

All you do is mix the pumpkin into the cake mix and add the optional other items....
no eggs, no oil.  These cookies don't rise, actually they don't change shape much at all, so take care as to how much you put on your baking sheet.  I baked them at 350 and just took them out after a bit to test if they were finished.

I'm gonna share with my Momma.....
if I don't eat them all before I see her again!

There goes the diet!!! 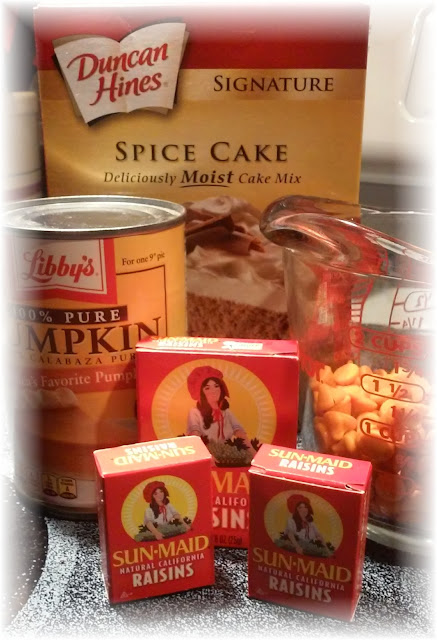 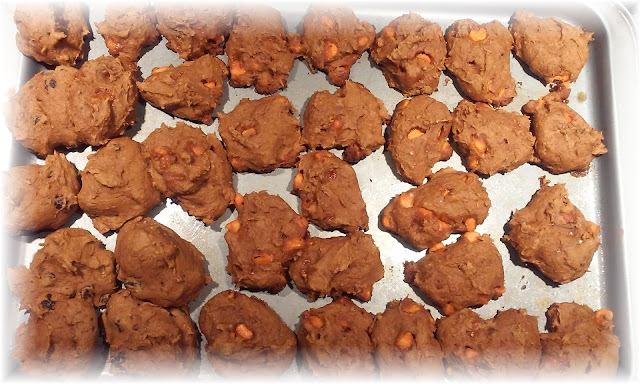 (There were actually more than shown because I filled up two cookie sheets.....
plus, I had to have a couple several warm ones)

Let me know what you think if you make these.
Next time I'm gonna use some cinnamon and maybe some allspice.

HOPE your Thursday is blessed!