Do you all love old sayings as much as me? Since I used one Monday and Tuesday, why not just continue today? Here's a few I found and some of them have some really weird, or funny origins!!

bite the bullet
Meaning: Accepting something difficult or unpleasant


Origin: There was no time to administer anesthesia before emergency surgery during battle. The surgeon made patients bite down on a bullet in an attempt to distract them from the pain.

break the ice
Meaning: To commence a project or initiate a friendship


Origin: Before the days of trains or cars, port cities that thrived on trade suffered during the winter because frozen rivers prevented commercial ships from entering the city. Small ships known as “icebreakers” would rescue the icebound ships by breaking the ice and creating a path for them to follow. Before any type of business arrangement today, it is now customary “break the ice” before beginning a project.

butter up someone
Meaning: To flatter someone


Origin: An ancient Indian custom involved throwing balls of clarified butter at statues of the gods to seek favor.


Origin: People believed that during withdrawal, the skin of drug addicts became translucent, hard to the touch, and covered with goose bumps – like the skin of a plucked turkey.

saved by the bell
Meaning: Rescued from an unwanted situation


Origin: As scary as it sounds, being buried alive was once a common occurrence. People who feared succumbing to such a fate were buried in special coffins that connected to a bell above ground. At night, guards listened for any bells in case they had to dig up a living person and save them “by the bell.”

spill the beans
Meaning: To reveal a secret


Origin: In Ancient Greece, beans were used to vote for candidates entering various organizations. One container for each candidate was set out before the group members, who would place a white bean in the container if they approved of the candidate and a black bean if they did not. Sometimes a clumsy voter would accidentally knock over the jar, revealing all of the beans and allowing everyone to see the otherwise confidential votes. 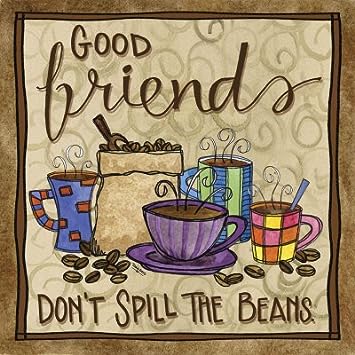 going to hell in a handbasket
It isn't at all obvious why 'handbasket' was chosen as the preferred vehicle to convey people to hell. One theory on the origin of the phrase is that derives from the use of handbaskets in the guillotining method of capital punishment.

And, you can click here for a whole bunch of others.

I'd love for you to share some of your favorites.

HOPE everybody has a great Wednesday.